We are delighted to announce that the DIGITAL SYNESTHESIA publication, edited by Katharina Gsöllpointner, Ruth Schnell and Romana Schuler, is out now. 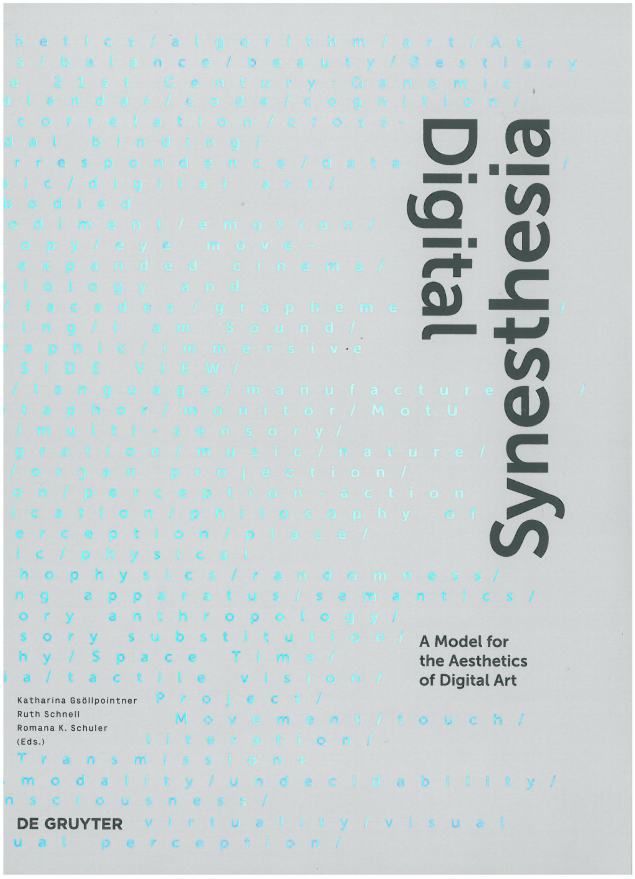 As a result of the three-year arts-based research project the book Digital Synesthesia. A Model for the Aesthetics of Digital Art completes the outcome of the project besides the exhibition and the symposium. It represents a compendium about an entirely new research approach to the aesthetics of digital art.

One book chapter combines ten theoretical texts on DIGITAL SYNESTHESIA which have been written by neuro- and cognitive scientists as well as by media and art theorists. The articles refer to topics regarding the relationship between media aesthetics, synesthetic perception, brain activities, sensory modalities, theories of embodiment, digital technologies, and philosophical issues in the context of DIGITAL SYNESTHESIA. They are also the proceedings of the international DIGITAL SYNESTHESIA symposium which was held at the University of Applied Arts Vienna on April 4 and 5, 2016.

The third book chapter contains the photographic documentation of the DIGITAL SYNESTHESIA exhibition at the Angewandte Innovation Laboratory in Vienna, which took place from March 11 to April 8, 2016. On display were 14 artworks which were commissioned by the Digital Synesthesia Group in the course of the international DIGITAL SYNESTHESIA Call in 2014.