In a fascinating talk DIGITAL SYNESTHESIA participating media artist Karl Heinz Jeron from Berlin introduced his work at the Department of Digital Art at the University of Applied Arts Vienna. 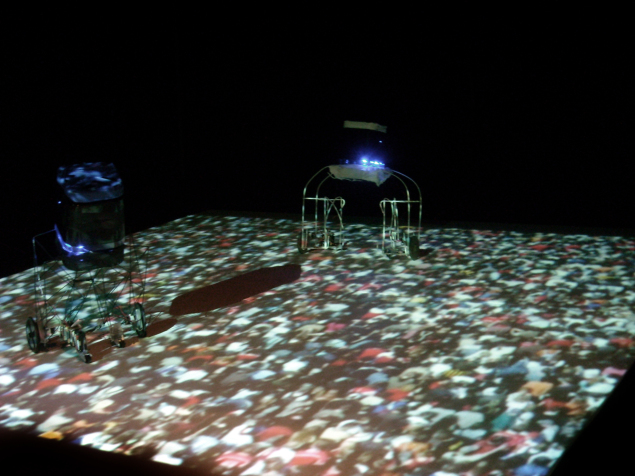 Karl Heinz Jeron presented his wide range of art projects which very often deal with artificial intelligence, robotics, and social systems. He has been co-founder of the “Internationale Stadt”, one of the world’s pioneering early web projects at the intersections of net art and public net (1994 – 1998). Since then he has been working mainly on projects which research the interdependences of machines and humans. Amongst others, the presentation of his famous Hermes Opera, consisting of two small robots which are performing and singing a libretto deriving from talks on mobile phones, raised a cheer amongst the audience.

In his lecture Karl Heinz Jeron put a special focus on the translating possibilities of the digital media which, though, always loose something and add something to the new product. He calls them traitors as translators, a function which nevertheless offers the possibility of creating something unexpected and innovative. Jeron ended with an outlook to his brand-new project “Space Time” , which makes time in multimodal ways perceivable (e.g. audible), and will be part of the DIGITAL SYNESTHESIA exhibitions in 2016.