Back
Related Synaesthesia in Audiovisuals

WHAT IS DIGITAL SYNESTHESIA?

Synesthesia is a phenomenon of the human mind, which can be decribed as the 'translation of attributes of sensation from one sensory domain to the other.' (Marks L.E. 1997) 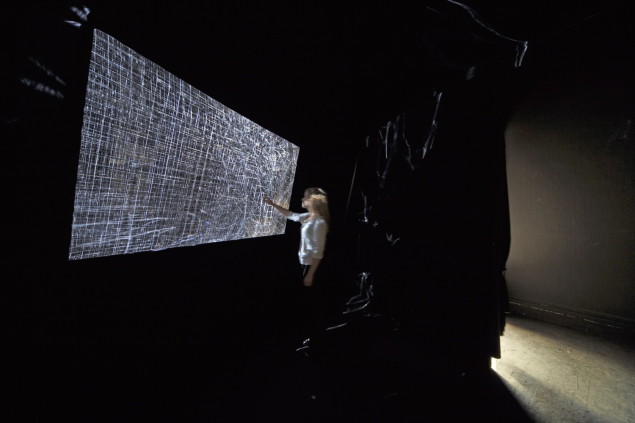 The ability to integrate information from different sensory modalities in general is called CROSS-MODALITY. Synesthesia is a striking example for the cross-modal integration of two or more sensory modalities, dealing with issues such as whether sounds can be perceived as strong visual images, or whether objects like a chair or a car can in fact be tasted.

‘In the age of ubiquitous digital media, synesthesia is everywhere. In human, neurological form, it is rare: for perhaps three in a hundred people, a stimulus in one sensory modality automatically induces a sensation in another. Auditory-to-visual synesthesia, or “colored hearing” is much rarer still. Yet now this phenomenon is realised, apparently, inside every digital music player, on VJ screens in every club, in robot lightshows. On these screens sound is transformed into visual pattern and form instantly and automatically; an exotic perceptual phenomenon becomes a technically mediated commonplace.’ (M. Whitelaw, 2008)

The DIGITAL SYNESTHESIA project is an artistic research area which focuses on the possibilities of digital art to create translational and cross-modal sensory experiences and to provide synesthetic experiences for non-synesthetes. This assumption is based on the fact that digital artworks through the digital code are endued with a mode of translating sensory dimensions directly from one sense to another, e.g. the translation of digital sound into digital imagery via the binary code.

Still, there have to be discussed a number of other artistic and scientific approaches to the topic which are based on concepts of transcoding, sensory substitution or translation of modes and which therefore understand the concept of digital synesthesia in a broader and more complex sense than it might be the concepts of simple synchronization or analogy.